A New Climate Red Line For The Insurance Industry? 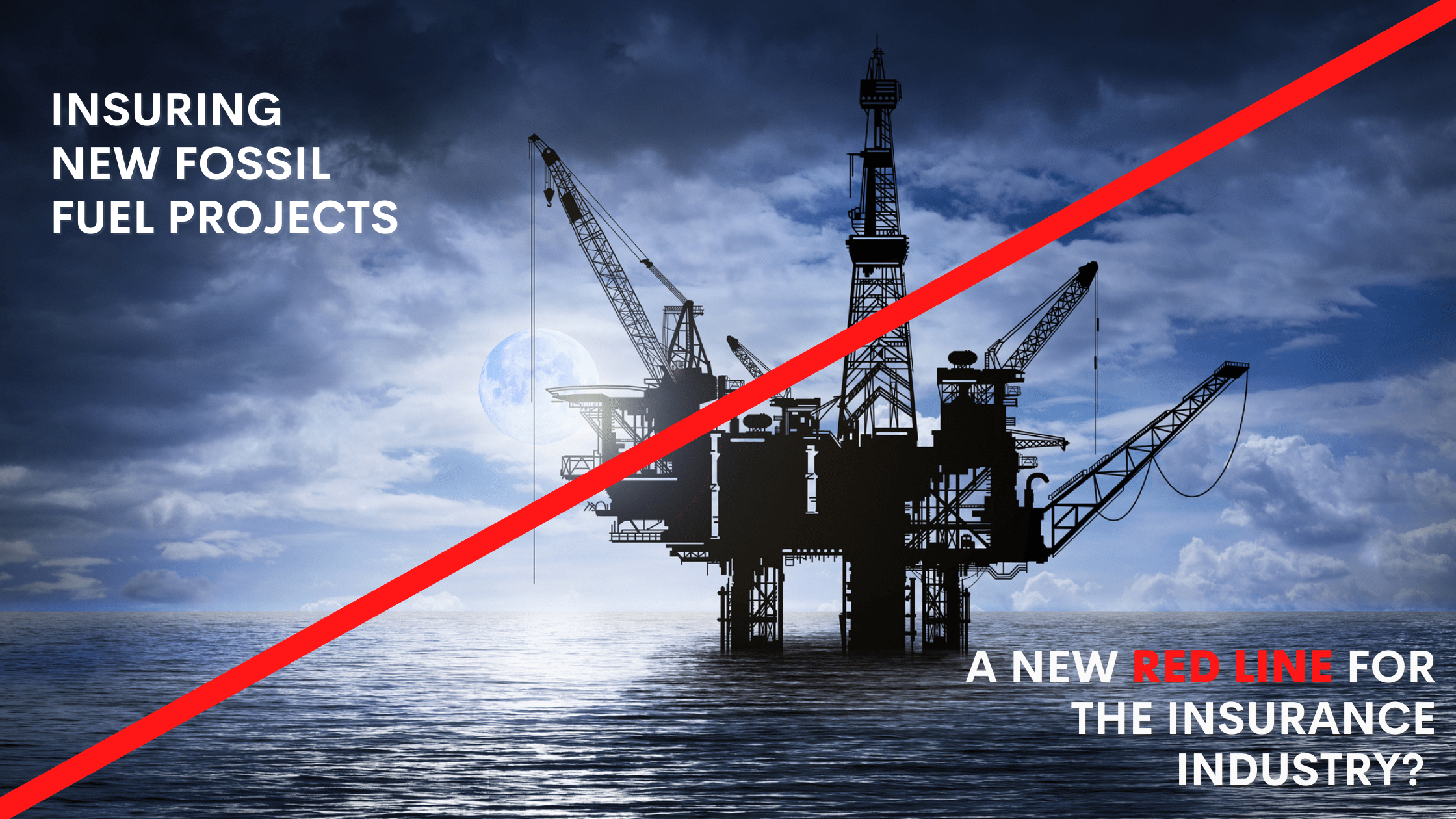 When some of the world’s top climate scientists, who clearly are not comfortable protesting, start taking the law into their own hands and with Extinction Rebellion shifting their focus to insurance, maybe it is time for our industry to change tact?

In the wake of the latest IPCC report, there has been a renewed wave of climate protests across the UK. Much of the protest is familiar to us, such as the activities of Extinction Rebellion. However, some of it is new, with the campaign groups like Just Stop Oil targeting refineries and direct action coming from the scientific community.  Not previously known for taking to the streets, we have now witnessed scientists gluing themselves to government buildings in cities across the world, with many getting arrested as a result.  We also see groups like Mothers Rise Up and Parents For Future targeting the insurance industry, for its role in enabling fossil fuel expansion.

What is so signifiant about the link between insurance and climate change?

Whilst the same argument could be levelled at many other sectors, no other industry has such a unique relationship with climate change.  Insurance, the business of risk management, is simultaneously one of the industries most exposed to climate change, whilst also having the most potential to facilitate the unprecedented action that is urgently required to avert the predicted economic and societal collapse.

Today, the UK’s insurance industry finds itself in the position as not only a major investor in fossil fuels, but also a global leader in providing underwriting services to enable their extraction. It’s a simple transaction, any new oil well or gas field needs insurance before it can seek the necessary finance to go ahead.

The combination of these underwriting activities together with the investments in fossil fuels, when placed against the evidence of the IPCC report, indicates that insurance could easily rank as one of the industry’s most at risk.  Fossil fuel investments have the obvious and increasing risk of becoming stranded assets, while underwriting activities are exposed to the well documented implications of a warming climate and the record breaking claims that will follow.

This ‘double whammy’ has clearly not gone unnoticed among insurers. Many are making seismic changes by ditching their fossil fuel investments and withdrawing from insuring coal, the most polluting of the hydrocarbon’s. The industry is also working together with initiatives such as Climate Wise and The Net-Zero Insurance Alliance.

Unfortunately, time is not on our side and the carbon budget for safe levels of CO2 is fast depleting and our industry is still not addressing the biggest climate risk of all, which is the continued expansion of fossil fuels.

Is there a new red line for the insurance industry?

Many aspects of climate action are complex, tricky to communicate and often require debate. How quickly do fossil fuels need to be phased out? How can this be done without having unnecessary impacts on the economy and people’s health and wellbeing? Or how is the remaining carbon budget to be shared out, by country, to ensure a just transition?

By contrast, the issue of exploiting new fossil fuels, is far more binary. So, could this be a new red line for the insurance industry? Unlike policies for divestment or strategies for phasing particular classifications of fossil fuels, when it comes to new fossil fuels, it is really a yes no answer.

The final IPCC report made the issue very clear, reiterating something that had been highlighted in the previous the year by the International Energy Agency. This is not a moral preference, or an idealistic nicety, if we are to stand any chance of limiting global warming to 1.5 or 2.0 degrees, then there simply can be no new fossil fuel production.

These are not the demands of reactionary activists, they are simply echoing what the science is unequivocally telling us.  In the words of António Guterres– Secretary-General of the United Nations “Climate activists are sometimes depicted as dangerous radicals. But the truly dangerous radicals are the countries that are increasing the production of fossil fuels. Investing in new fossil fuel infrastructure is moral & economic madness”

Naturesave’s clients appear to share this view, with many contacting us, concerned about the difficulty in assessing how green insurers really are. This confusion may now be solved with the simple question ‘is this insurer investing in or insuring any new fossil fuel projects?’ It is certainly a questions we will take up with our insurance partners.

The question our industry should now be asking, is whether this will be the insurance industry’s biggest failure, or could it instead become its greatest success. Collectively, insurers have unparalleled influence on something that lies at the heart of whether we are successful in the fight against climate change – no other industry has the power to pull the plug on new fossil fuels.  Those oil wells or gas fields will not go ahead without insurance…

Naturesave was founded to help create a more sustainable insurance industry. We seek to lobby our insurance partners to urgently divest from fossil fuel investments and review their underwriting policies in relation to fossil fuel operations. You can read more about our previous efforts in The Insurance Industry’s Climate Change Challenge