Solar array installed at Cluny Hill, another step to carbon neutrality by 2030 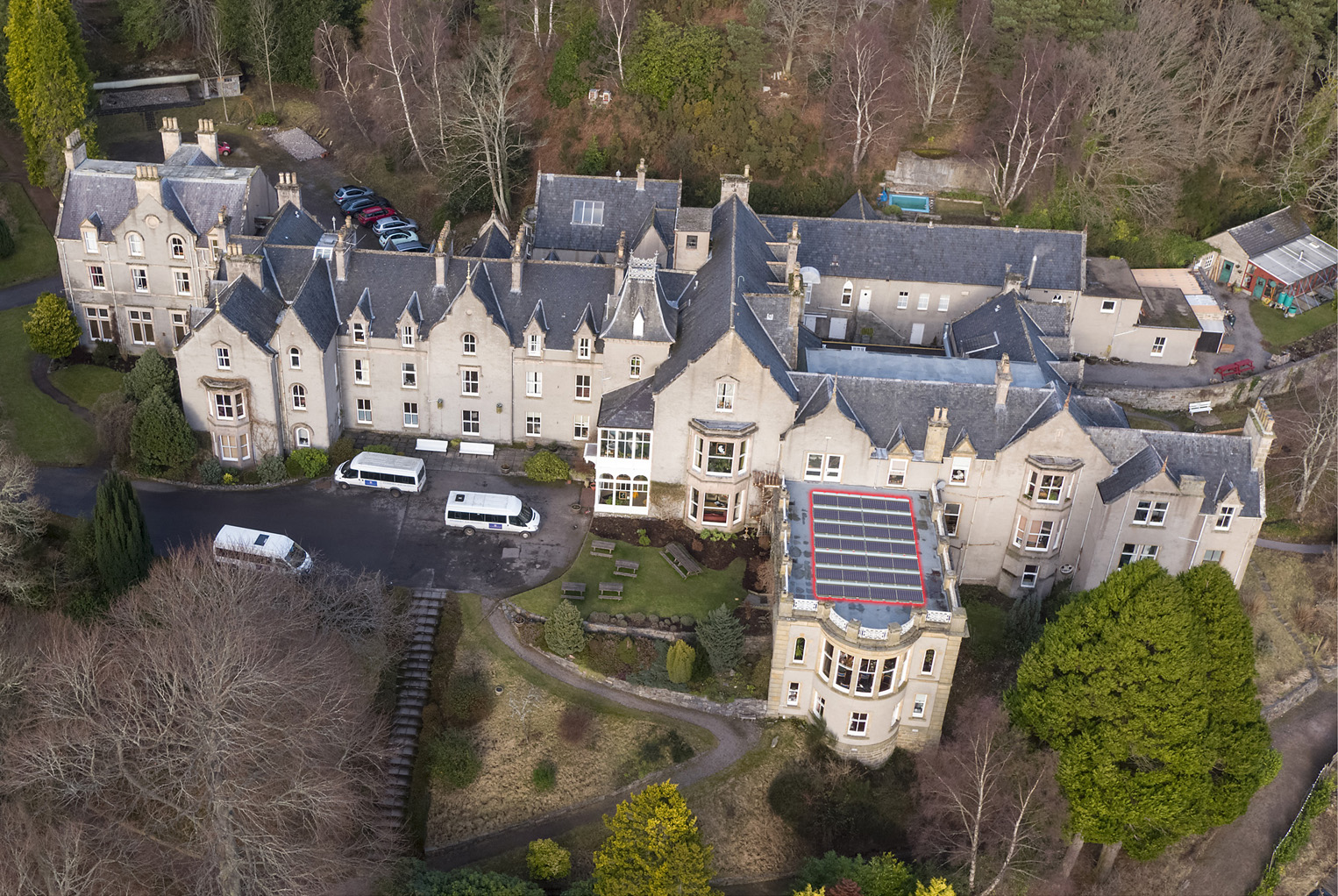 The Findhorn Foundation recently celebrated the installation of the solar array at the Cluny Hill site in Forres.. The panels were installed by local firm AES solar and were up and running by 17th March 2021.

The Findhorn Foundation last year received funding and permissions to install a solar panel array at its Cluny Hill site in northern Scotland. The project has been made possible by generous grants from both the Beatrice Partnership Fund of £10,738 and £5,000 from the Naturesave Trust.  Moray Council has given planning permission for an array on the roof of Cluny’s dining hall.

Foundation co-worker and project lead, Craig Phizacklea, envisioned a “solar terrace” to help the beloved 19th century buildingto lower its carbon footprint and generate sustainable energy in line with the Findhorn Foundation’s ecological values. The proposal for a system with 28 high-efficiency photovoltaic panels at an installed price of just under £20,000 was developed in association with local company AES Solar.

The solar terrace will generate 8,702 kW of clean energy annually and result in approximately 2,653kg less carbon dioxide entering the atmosphere. That’s about the amount of carbon dioxide 1,325 trees can sequester in a year. Any excess electricity will be fed into the national grid.

Many of the buildings at the Findhorn Foundation’s Park site already run on renewable energy, and now Cluny Hill can join in supporting the Foundation’s Planet Care Strategy towards carbon neutrality by 2030.

With a passion for sustainability and renewable energy, Craig’s vision was inspired by love for the Earth and the grief felt at the damage being done to it. On hearing news of the funding and planning going through, Craig said: “I’m so grateful for all the help with realising  this project, and for what it represents in helping this beautiful, historic building on Cluny Hill to be a source of inspiration to many.”

Simon Steadman , Finance Director of the Findhorn Foundation stated  “Receiving the £5,000 grant from the Naturesave Trust has also enabled the Findhorn Foundation to release funds for the development of an online platform , which is key to further enhancing our commitment to planet care by opening up the option of future participation in programs without the need to travel”