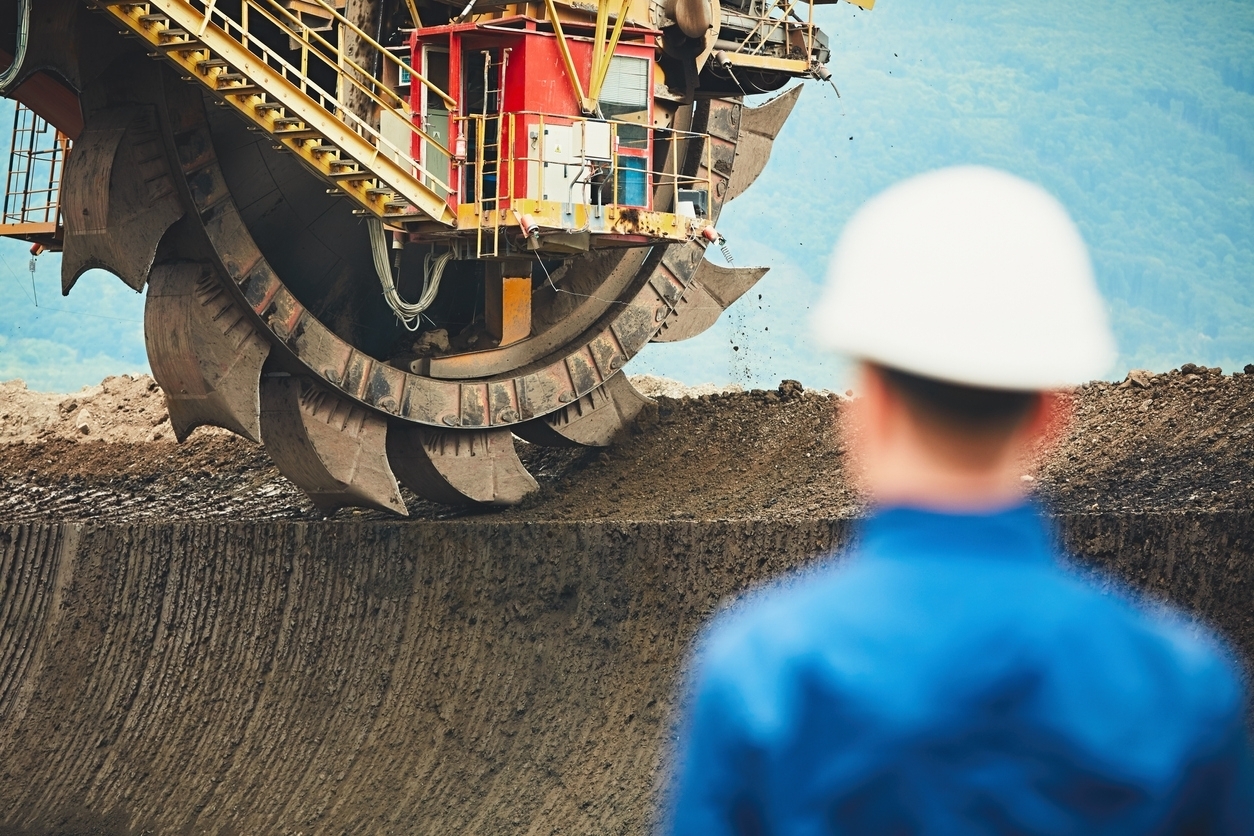 A healthy insurance industry will not be possible in a world in the grip of human-induced climate change. It is time to expand one of the underpinning concepts of insurance: the solidarity of the risk community.

Jeremy Leggett, founder of Solarcentury and author, Climate Change and the Insurance Industry, May 1993

What is the problem?

Climate change is the biggest global health threat of our time and it is primarily caused by the burning of fossil fuels. There is a clear scientific consensus that, unless dramatic action is taken, there will be serious future ramifications for the physical, social and economic world.

With the Paris Agreement signed by most countries in the world, the challenge is now on to limit the global temperature rise to no more than 2 degrees centigrade above pre-industrial levels. Critical to reaching this goal is the rate at which the global economy can transition from the use of fossil fuels to sustainable alternatives.

The stark reality of achieving requires that 80% of recognised fossil fuel reserves (from 2010 to 2050) must remain unused.

This report focuses on the unique relationship between the Insurance industry and climate change, a relationship which, if ignored, poses clear threats to the industry itself. At the same time, it also offers significant opportunities for safeguarding future generations. Naturesave has, for 26 years, led the way in creating greater awareness of environmental issues within the insurance industry.

Why do these problems concern the Insurance industry?

The UK Insurance industry is the largest in Europe and the third largest in the world. The industry manages total investments that equate to 25% of the UK’s net worth, making it central to our economy.

Whilst all industries have a role to play in adapting to climate change, there is no industry that holds a position on climate change quite like that of the insurance industry.

Why is the insurance industry faced with a unique set of problems arising from climate change?

The essential factor is the very concept upon which the industry was built – the concept of “Risk”. It is now beyond any doubt that climate change will have an impact on “Risk” that affects the insurance industry in a number of ways. These have been identified by The Bank of England’s

Physical impact risks – The first of these threats is already upon us, namely, the increasing frequency and severity of extreme weather events occurring around the globe. Specific weather events that increase physical impact risks include hurricanes, extreme precipitation, hailstorms, tornadoes, landslides, mudflows, drought, wild fires, heat waves, flash floods and rising sea levels. Aside from devastating human consequences, there are substantial costs of repairing the damage caused by such events. The repair bill for Hurricane Katrina alone was estimated to be £83bn. In 2016, according to Munich Re, losses from natural disasters worldwide totalled £142bn, £39bn of which was covered by insurance.

Another side effect of unpredictable weather patterns is the havoc they play with future predictions and business modelling. Insurance companies currently rely on historical loss records as a guide to underwriting and pricing risks. However, with climate events that are hard to predict, historical data lose their value.

Legal liability risks – This second issue is no longer a prediction as climate-related litigation is already a reality. A notable example comes from the environmental law firm, Client Earth, who ready warned the UK’s biggest pension funds that they would face legal action unless they take proper account of risks to their investment portfolios posed by climate change. Client Earth has turned its sights on the UK Insurance industry by reporting three insurance firms to the Financial Conduct Authority for failure to disclose climate risks.

In the U.S.A, the City of San Francisco has become what is believed to be the first U.S. municipal body to prevent insurance companies from insuring and investing in fossil fuels with a resolution entitled, Urging Divestment by Insurance Companies From Coal and Tar Sands Industries.

The Paris City Council passed a similar declaration in 2019. Cited by Unfriend Coal: “The City of Paris invites the insurance and reinsurance companies, gathered in Paris for the meeting of the Geneva Association at the end of May, to commit to opposing air pollution and to withdraw their support from projects and companies in the coal sector, notably these in the European Union and, more particularly, in Poland”. The Paris City Council denouncement highlights the major role of European insurance and reinsurance companies (such as Allianz, SCOR and Generali) in massively supporting, insuring and investing in the Polish coal industry.

As the awareness of the reality of the climate change threat strengthens, the threat of litigation is certain to grow. Nor is this issue unique to insurance. According to a survey by the United Nations Environment Program, almost 900 climate-related lawsuits are now underway in 24 countries.

Transitional and investment risks – The third key area of risk concerns the future value of the insurance industry’s investments. This risk is fundamental to the future of the industry itself because it is one of the world’s biggest institutional investors in fossil fuels. If the industry continues to hold and insure these assets, it runs the risk of their becoming ‘stranded assets’, that is, “assets that have suffered from unanticipated or premature write-downs, devaluations or conversion to liabilities”.

‘Stranded assets’ is a fairly recent concept. It is based on the prediction that many of the world’s identified fossil fuel assets could swiftly become liabilities when they are prevented from producing any economic return. The drive to limit global warming to two degrees centigrade or less, will likely make it impossible to extract most of the world’s existing fossil fuel reserves. This is expected to result in new stringent extraction regulations, a significant drop in demand or an increase in legal actions (or any combination of all three). The sheer speed and unanticipated manner in which these factors will materialise would effectively render the bulk of the insurance industry’s fossil fuel investments worthless.

Whilst some commentators do not fully accept the Stranded Asset argument, it was also laid out as early as 29 September 2015 in a speech by Mark Carney, then Governor of the Bank of England and Chairman of the Financial Stability Board, at Lloyd’s of London.

What should Insurers do?

This report has outlined the unique set of insurance risks that relate to climate change. In recognising these risks it also becomes apparent that the industry possesses an almost unparalleled ability to reduce the impact of climate change by actively encouraging and promoting the production and consumption of sustainable alternatives to energy-derived from fossil fuels.

Coal has been highlighted as the most carbon-heavy of all fossil fuels, generating not only nearly half of the world’s carbon dioxide but also creating the most atmospheric pollution. Research by Climate Analytics concluded that no more new coal projects should be built if humankind is to achieve the targets of the Paris Agreement. However, there are, globally, approximately 1,600 coal excavation projects planned, none of which can proceed without insurance cover.

Whilst the UK has made great progress in meeting its carbon reduction commitments, the easy win of reducing our reliance on coal has been realised. However, the task that lies ahead, of making further reductions to meet the current government’s declared target looks increasingly unachievable.

The Insurance industry, as supporters of this policy, could take strategic action in two key areas that would have a more effective impact than most of the other options available to the UK:

The divestment movement is growing across the world and covers universities, churches, local council pension funds, municipalities and governments.

In addition, the industry can:

• Calculate and disclose the carbon footprint of investment portfolios

Whilst some in the Insurance industry is taking action in areas such as divestment disclosure and reduced underwriting of fossil fuel assets, this is not happening quickly enough to address the problems we have outlined. Faster pace and innovation are needed.

Insurance, climate change and the consumer

It is currently very difficult for consumers to apply sustainability criteria when choosing an insurance provider.

Whilst Naturesave has been promoting the sustainability agenda for 26 years, it is no longer alone, and public opinion has now firmly shifted its stance in support of sustainability. This is demonstrated in (2019) research findings by YouGov:

• Almost two-thirds of people think the UK government is not doing enough to adapt to climate change and limit increases in global temperature;

• More than eight-in-ten people surveyed believe that fossil fuel companies that knew about climate change early on, but continued to lobby against remedial action, should be made responsible for the costs of major weather events;

• Three-fifths of respondents would be interested in a financial institution (such as a bank account or pension fund) that considers the climate change impact of the companies in which it invests.

• Almost two-thirds thought investing in fossil fuel companies was risky long-term, and over half thought, such companies could not be trusted to change their business model.

These research findings highlight Naturesave’s strong belief that there is now a significant publicly endorsed opportunity to create a sustainable low-carbon insurance offer that is supported by more sustainable and ethical underwriting and investment behaviour.

What are other sectors doing?

The Pension industry has recently been identified as outperforming the Insurance industry with respect to climate change risks.

The Big Six energy providers face a serious challenge from a growing number of start-ups that focus on what consumers increasingly want – affordable, 100% green energy. This is additional evidence that consumers increasingly want services that do not contribute to climate change. Recent research from the price comparison website, “Compare the Market”, highlighted the finding that three-quarters of consumers are willing to spend more money with a provider that uses only renewable sources over a provider that uses non-renewable sources. The latest position on green energy can be found in this article by Money Saving Expert, Martin Lewis.

Naturesave was founded to use the insurance industry as a vehicle for sustainable development. Our continued growth and success demonstrate to the industry the existence of a growing demand for green and ethical insurance. The big insurance companies, like all large organisations, can be resistant to change unless it is driven by the market. Taking insurance with Naturesave provides the industry with market evidence of the shifting mood amongst the public, who want businesses to take more urgent and far-reaching action to protect the environment. By becoming a Naturesave customer, you add strength to our purpose to bring about change within the industry.

There are also a host of other environmental benefits that come from joining Naturesave. You can learn more here