Recycling and repair for runners 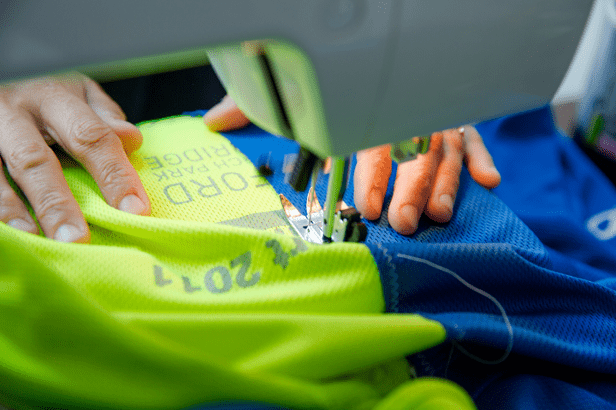 The Naturesave Trust has recently supported a social enterprise dedicated to reducing the amount of running gear that ends up in landfill. ReRun is a Community Interest Company founded and run by Dan Lawson, Team GB 24 hour Ultra runner along with his wife Charlotte and daughters Lilly and Ruby. Their aim at prolonging the life of running clothes and equipment.

Every year an estimated 300,000 tonnes of used clothing goes to landfill in the UK. That’s the equivalent of 544 million Olympic gold medals being chucked away.

The average life of a running shoe on our feet is four-six months. If sent to landfill they then hang around for a further 11,994 months before starting to decompose.

The Trust provided a grant to fund the purchase of an industrial sewing machine and a cobblers machine, This will enable ReRun to start carrying out repairs on both clothing and trainers that otherwise get sent to landfill. It will also provide an opportunity to start ReRun Repair days at our workshop where we can invite members of the running community to come along and be in a space to learn how to repair their gear.

Founder of ReRun Dan Lawson commented “For the first year of business ReRun has been centred on saving textiles from landfill by encouraging people to wear second hand or finding new homes for a lot of the clothes we get. This grant from Naturesave will allow us to promote what we believe is the real solution to saving textile waste. Taking care and repair of clothing that is already in existence”

As a runner, Dan is clearly committed to the cause as he only runs in second-hand clothing and trainers. This is big deal for someone who, amongst a host of other achievements, recently ran from Land’s End to John o’ Groats in 9 days, 21 hours, 14 minutes and 2 seconds, setting the fastest time ever recorded.

Interested in sustainable running equipment, visit Rerun. They also have good advice on looking after your running shoes on their Facebook page @rerunclothing