The Greatest Debate On Earth

With the historic Paris COP21 agreement falling into place, it seems like the world may be finally coming together with a cohesive plan to save the planet from climate change. But with CO2 levels surpassing critical limits and temperature records being broken very year, have you ever wondered why it took us so long to reach this point in the first place? 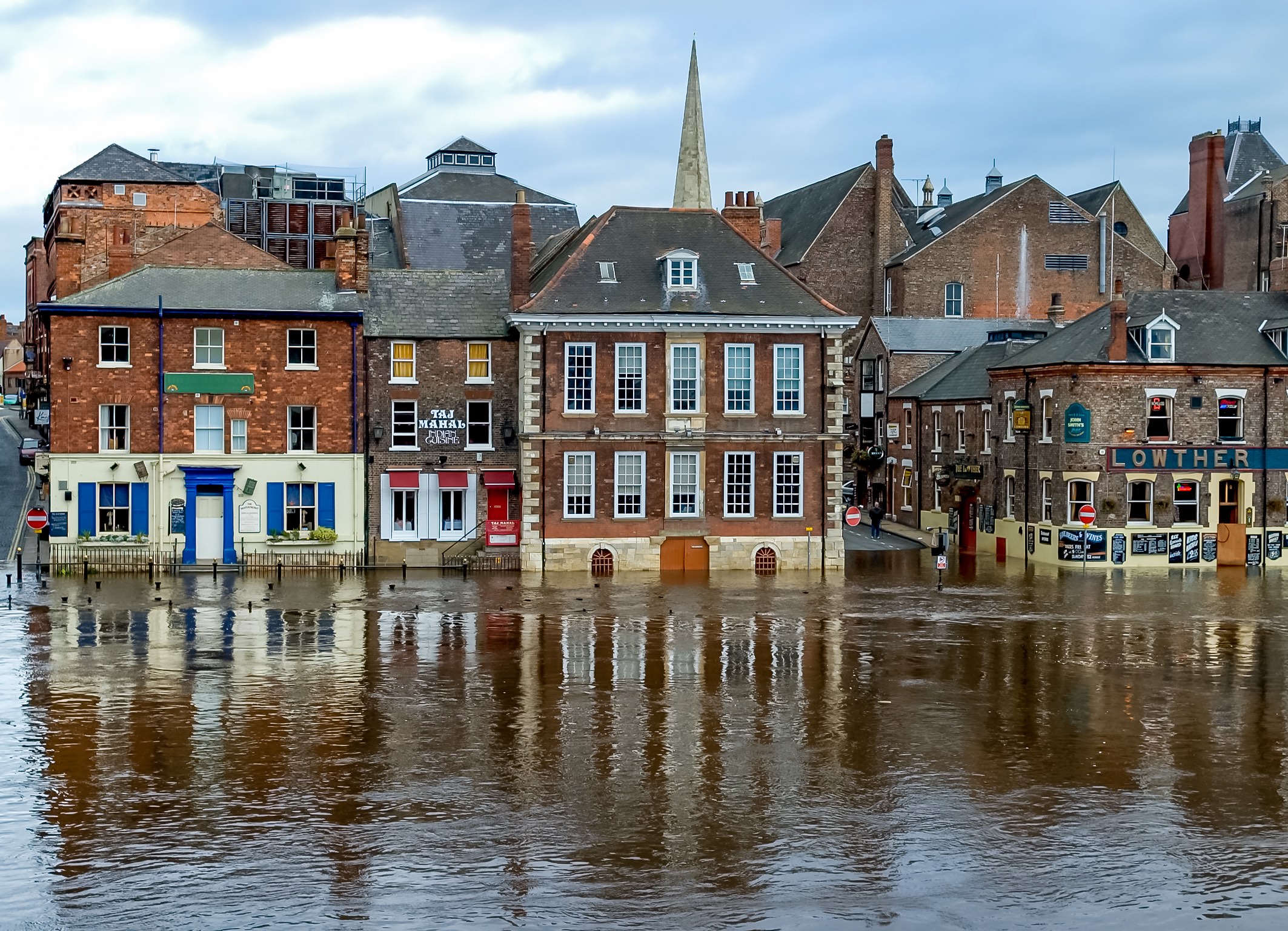 The debate on climate change actually goes back a long way. In fact, it was in the 1800’s when physicists first identified and recorded the greenhouse effect.

John Tyndall, the Irish physicist, is credited with the discovery, through a series of papers published around 1859. Interestingly however, a recent digitised copy of the American Journal of Science and Arts, seems to show that an American woman, Eunice Foote, beat him to it. In a presentation to a top scientific conference in the USA she made the following prediction about CO2.

“An atmosphere of that gas would give to our earth a high temperature; and if as some suppose, at one period of its history the air had mixed with it a larger proportion than at present, an increased temperature from its own action as well as from increased weight must have necessarily resulted.”

Further discoveries were periodically made until the 1960’s when scientists started to model the future impact of a build up of greenhouse gasses. As a broad consensus developed that CO2 levels were rising, the debate then moved onto whether or not the phenomena was a man made or natural. Then, by the late 90’s, the explosion in computer power enabled climate scientists to create more complex and intelligent models that led to a consensus that man-made climate change was real. The level of certainty at the time can be most perfectly summed up by US physicist, D James Baker who worked for the Clinton administration and was quoted saying “there’s no better scientific consensus on this on any issue I know—except maybe Newton’s second law of dynamics.”

However it would take until 2005, approximately 150 years after the greenhouse effect was first identified, before the world came to an agreement and the science was internationally certified in a number of key global events.

First came the landmark Kyoto Protocol, an agreement for limiting global greenhouse gas emissions. That same year the UK hosted the G7 summit, and decided to put climate change at the top of the agenda, bringing the issue to the fore internationally.

This was followed shortly after, with a landmark announcement by the United Nations Intergovernmental Panel on Climate Change, (IPCC). The panel, one of the largest most reputable peer-reviewed groups of scientists ever assembled, concluded that, you guessed it, climate change was being caused by human activity. With the science agreed, it surely was only a matter of months before the world came together to act. Only it didn’t. Whilst many called for action on the scale of the Marshall plan, following the Second World War, the climate debate simply raged on, and on.

In the early 2000’s, as the scientific community lived in a world of consensus on climate change, the situation was quite different for the rest of us. If the scientists imagined a passing of the baton, to translate their consensus into political action, they were in for a painful surprise. A small but powerful number of critics emerged to argue that the science was incorrect, flawed and even false. These climate change deniers, or sceptics, presented counter arguments around the fact that the climate was not actually warming, or that if it was, the effect was not due to the activities of man. Many of the arguments put forward, attempted to rubbish science itself. The sceptics were often politicians who pulled no punches, such as the influential US Senator James Inhofe.

These voices of scepticism quoted what appeared to be legitimate arguments about why we should all stop worrying about global warming, as its ‘just weather’. What is really important to note is that, critically, these counter arguments generally did not come from climate scientists, and the individuals making them did not pursue the rigorous practice of peer reviewing written material before publication in key scientific journals. Instead the sceptics targeted the public and policy makers using the mainstream media.

This direct and media savvy approach was highly successful for one key reason, the media’s desire to appear balanced and objective. As such, many in the media felt obligated to give equal weight to both sides of the climate change argument. In the process this gave the climate sceptics a strength of voice that amplified and overemphasized their position. This made it appear that the scientific community was largely split over the issue, when in fact, the reality was quite different. The media obsession with appearing unbiased actually served to grossly distort the argument, a phenomena now widely recognised as the problem of ‘false balance’.

The reality of the climate change debate today

When Ed Davey, made a speech in 2013, as Secretary of State for Energy and Climate Change, he highlighted the urgency of the situation by citing how carbon dioxide had briefly reached 400 parts per million (PPM) in the atmosphere. This level was 40% higher than before the industrial revolution and most likely higher than at any point in the last 3 million years. What is significant about passing this milestone is that the safe level of CO2 level is generally agreed to be 350 PPM. In March 2015 the milestone of 400 PPM was officially passed

Ed Davey, along with others, represented a shift as mainstream senior politicians adopted the science. Sections of the media, together with environmental organisations began to expose the climate sceptics. In some cases, research claiming the climate was not warming was found to be funded by fossil fuel companies. In others, vested interests in oil and gas were exposed. Senator Inhofe, quoted earlier, was found to be one of the biggest beneficiaries of oil money in US politics.

Roll forward to 2016 and it feels like the debate is finally settled. With the Paris climate change pact set to be ratified on November 4th, we are moving into new territory. After long and frustrating negotiations stretching back to 1992, the international community has finally come together, at the eleventh hour, and agreed to limit the global temperature rise to 2 °C  above pre-industrial levels. (There is a further aspiration of keeping temperature rises to 1.5 °C)

Furthermore, while the world’s governments have been slowly manoeuvring, the world’s entrepreneurs have also been busy. At the recent glamorous launch of his latest Tesla Model 3 electric car, Elon Musk took to the stage with detailed charts showing historic and rising CO2 levels. He went on to attribute the fight against climate change as the primary reason for the very existence of Tesla. The dangers of climate change used to be the preserve of academics and environmental activists. In 2016, this detailed scientific data is being used at the launch of one of the most talked about brands on the planet.

So will the world be saved and who’s going to the play the role of hero?

The simple answer is yes, the momentum to make the transition to a low carbon future has already reached a tipping point and is unstoppable.

And the heroes? Whilst we must acknowledge the success of our governments in coming together for the Paris agreement, it’s the innovators like Elon Musk who will deliver our great planetary challenge.

So aside from Musk who are they? Well, they are an incredibly diverse group, and far too numerous to mention here, so we have just picked a handful. From the green energy challengers Good Energy and Ecoctricity, to local residents quietly forming their own ground-breaking community energy cooperatives. The dynamic new green food start-ups like Growing Underground and farmdrop. Green flooring technology pioneers, Pavegen, harnessing the power of footsteps, and the battery storage innovators Powervault. Sustainability communicators, Futerra, and highly creative change makers like 10:10, Forum for the Future, Bioregional and the Ellen MacArthur Foundation, working with business and government to set out the new framework for a sustainable low carbon economy.

In the words of George Monbiot

We cannot wait for governments or schools or the media to deliver a new environmental ethics. Join the groups trying to defend the living planet, learn about the consequences of what you do, demand, from friends, from parents, from yourself, a better way of engaging with the world. By living lightly we enrich our lives.

As the UK’s  leading green insurance company, we say bring on the low carbon revolution….